A multicenter randomized trial of ketoconazole 2% and zinc pyrithione 1% shampoos in severe dandruff and seborrheic dermatitis.

Ketoconazole (KET) and zinc pyrithione (ZPT) are compounds active against the Malassezia spp. yeasts, which are believed to play a major role in dandruff and seborrheic dermatitis. We compared the efficacy and safety of KET 2% and ZPT 1% in shampoo formulations for the alleviation of severe dandruff and seborrheic dermatitis. This open randomized, parallel-group trial began with a 2-week run-in phase during which subjects applied a neutral non-antidandruff shampoo. It was followed by a 4-week randomized treatment phase and a subsequent 4-week follow-up phase without treatment. Shampooing during the treatment period was carried out twice weekly for the KET group and at least twice weekly for the ZPT group in accordance with the label instructions. A total of 343 subjects were recruited to enter the trial. Of the 331 eligible volunteers, 171 were randomized to KET 2% and 160 to ZPT 1%. Clinical assessments were performed. Beneficial effects were evidenced for both medicated shampoos, but the effect was significantly better for KET 2%, which achieved a 73% improvement in the total dandruff severity score compared with 67% for ZPT 1% at week 4 (p < 0.02). The recurrence rate of the disease was also significantly lower following KET 2% treatment than following ZPT 1% treatment. As a consequence, the overall clearing of the skin condition at the end of treatment and follow-up phase was in favor of the KET 2% formulation (p = 0.004). Side effects were minimal. It is concluded that after a 4-week treatment, KET 2% shampoo was significantly superior to ZPT 1% shampoo in the treatment of subjects with severe dandruff or seborrheic dermatitis of the scalp. It is our assumption that this difference is noticeable for the patient and as a consequence relevant. Both formulations were well tolerated.
Copyright 2002 S. Karger AG, Basel 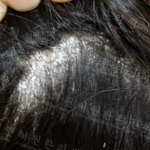 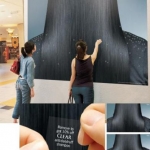